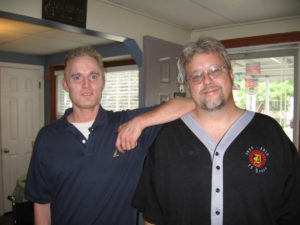 This is a tough one. I talked about David Hahn before, but  it wasn’t until today that I knew how the story ended. Hahn died in 2016 of alcohol poisoning. They found David’s body in a Wal-Mart bathroom, 18 years after building a nuclear reactor in his back yard. This tragic conclusion illustrates what I said earlier. We need schools to nurture budding stars like Hahn or Taylor Wilson. Stars will collapse, if they don’t have the right conditions to shine.

There is no question, for example, that David Hahn had a tremendous amount of potential. After all, you can’t be both a sniper and a master helmsman unless you’re both bright, and talented. But what went wrong?

No one seems to know, at least according to the articles I’m reading. Yet, it does seem like David Hahn was unable to translate his aptitude into the advantage. That has real-life consequences, and not just for the person. Society itself that misses out on what that person might have done. 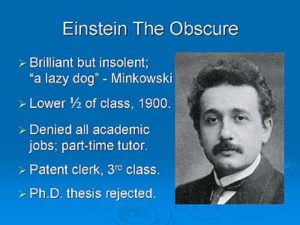 Imagine a world where Albert Einstein remained a patent clerk. Imagine a world where Steve Jobs remained a low-level employee for Atari? That’s the world we live in now, because we lost David Hahn. Our society let the kid who built a nuclear reactor, a military achiever, slip through the cracks. His ability and potential poured out as he died in a Wal-Mart bathroom of alcohol poisoning. There’s something incredibly wrong with that picture.

It could be that Hahn failed to apply himself. It’s also possible that he lacked the community and support structure necessary to focus and develop his talent. Malcom Gladwell explained how this works in Outliers, when he said “No one—not rock stars, not professional athletes, not software billionaires, and not even geniuses—ever makes it alone.”

What happens when we let those stars collapse? For some, they go on to find meaning elsewhere. Others flame out in self-destructive behaviors that can have tragic consequences for all. Greg Palast, for example, knows that feeling. 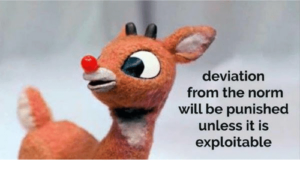 After the Las Vegas mass shooting last year, he wrote an incredibly pointed essay, painting Stephen Paddock as one of those collapsed stars. ‘Some of you can and some of you can’t imagine a life where you just weren’t give a fair chance,” Palast writes. Where the smarter you are, the more painful it gets, because you have your face pressed against the window, watching THEM. THEY got the connections to Stanford. THEY get the gold mine. WE get the shaft.”

Is all of this true? I’m not sure. After all, I’m neither an educator nor a statistician. But a cursory glance over the Internet seems to indicate that there’s an awful lot of potential out there in the world either being exploited or squandered. I’d like to imagine a world where a third option exists: potential being nurtured. 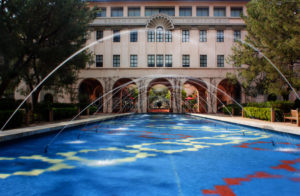 That’s one of the major ideas we’ll explore in Mesh. Miramar Technical High School is based on real-world schools we’ve talked about. It’s also based on places like Cal-Tech, where geeky kids have pulled brainy pranks for decades. The main thing takeaway about Miramar though, is that it’s a place where kids are allowed to do whatever they want to do, in order to be the best that they can be. Kids need that kind of environment, and our society needs those kinds of kids.

So to wrap up, there are many potential outcomes for potential. If it is allowed to become what it was meant to be, our world can be a beautiful place. We should be working toward that goal, because to do otherwise has, is, and will invite disaster.