Wow, been three weeks since I posted. Thanks for waiting for an update. I’m not going to bother explaining the why’s, how’s, and what’s. I’m a real person, and my mental stuff is real, too. Things got the best of me and I’ve been dealing with that. You want to know the truth, I thought this video explains my situation pretty well. So, without comment, here is Laina Morris AKA ‘Overly Attached Girlfriend’ talking about her struggles and why they mean she is quitting Youtube.

I don’t want to quit, I don’t want the one thing I do that forces me to work on me to go away. I’ll continue working on me, and I hope you do the same.

Just a quick note to say ‘Yes, I’m still breathing.’ Personal medical stuff has gotten me down, but I’m still kicking. I submitted two short stories to new publishers (see the Short Story production page for details) and now it’s back to work on Mesh. I have health problems, but my health problems don’t have me.

Hi there … I feel like we got off on a bad foot.

Do you have a dream?

Did you try to make it into reality?

Was it easy or hard for you to do?

That’s where I’m at in my journey. Instead of letting my baggage bury me, I’m trying to stand on it and find my way out. Sometimes I get it wrong, but not because I don’t want to get it right. Maybe this can be the moment where I make a friend. Fingers crossed … Continue reading

Appropo of nothing, I’d like to share an amazing recipe I just tried. You can’t be creative in only one area of your life. You must embrace awesomeness in other areas, too.

Enter the Japanese Pancake. I generally try to avoid geeking out, but when something’s good, it’s good. When I find something good, I like to share it. With that in mind, here’s a recipe for Japanese pancakes. Traditional Japanese hotcakes start with the same materials you’d use to make ordinary pancakes, but their preparation makes them absolutely *scrumptious.* Continue reading

Bear with me, I’m a little messed up tonight.

I don’t spend time with many people, but I do hang out with one guy. My downstairs neighbor is a decent person who copes with problems you wouldn’t wish on your worst enemy. He’s middle-aged, he’s got muscular dystrophy and he ekes out an existence on government disability, because if he tried to work full-time, the insurance premiums would kill him. I like Al. Despite the bad times, he’s usually got a smile on his face and he helps me maintain perspective on my mental and emotional garbage.

Now, why this messed me up is pretty simple. Al has a nephew, Jason. Friendly kid, maybe eleven or twelve. Reminds me a lot of me before the monsters closed in. Al asks if I can help help him take Jason to the park. Getting around on that monster motorized scooter is tough for him, especially on the moss-covered concrete of Monroe Park. I popped an extra pill and said yes. I don’t like getting out but if Al can find a way to face the universe, then so can I.

Custom van to fit the wheelchair. Windows down so that Jason doesn’t get carsick. I ride in the back, getting a crash course in what it means to be disabled in America through drips and drabs of conversation. On the flip side, Jason is happy to be outside. Uncle Al can’t get around very much. Jason asks if I’ve ever seen Los Angeles. I resist the impulse to tell him stories about growing up on the Disney lot.

Al’s wheelchair forces him to remain at the perimeter of the playground, so I play zone defense while the kid goes nuts on the monkey bars. He starts telling me about his life and just like Al, I get a crash-course in what it means to live as a sheltered kid in rural Wisconsin with a bi-polar mom. Bullied at school. Teenage brother and sister beat on him for fun. No video games and no Internet. He’s the kid that gets sheltered to death because his older siblings ran wild.

He doesn’t see it, but I do. The shy smile, grateful for every nice thing anyone does for him. I remember that moment. The bright-eyed time in your life when you still believe everything will eventually be okay. Wavering showers of hope that fade when you come to the bitter conclusion that the world hates you, and then you start hating it back. I can see the this kid’s miserable childhood laid out before him like a faded Texaco roadmap. Does this happen to anyone else? I’ve never wanted to fix someone’s life for them so bad in my life. Knowing that I have no right or place or ability to do anything is killing me inside.

I know what my therapist will say about all this. He says I shouldn’t make someone else’s life about me. It’s a throwback, he’ll explain, to me being a damaged kid, and wishing that someone saved me. Now I’m older and I don’t want anyone to go through what I experienced. I know it’s an arrogant thought, making this kid’s world about me, but that’s why I’m getting it out on virtual paper, where I can look at it. Part of my journey is about me dealing with my thoughts: good, bad, or ugly.

No, I can’t save the world. All I can do is write stories for people. Hopefully those stories will find the people like me. Looking for answers, carving meaning out of misery, distilling the pain into art. Other people are, too. Maybe if we can find the answers, maybe we can make the bad things stop. Then I could sleep. I could feel like it was worth it.

But it’s not enough.

Doing some thinking lately about life, the universe and everything. Humanity is something I struggle to interface correctly with. A steady diet of humans, their games and their inconsistencies are enough to push me into depression. It’s one of the reasons I’m starting all over again.

In the spirit of self-awareness, it was recommended that I take a look at ‘The 48 Laws of Power’. I have to say, it’s an eye-opener. Not because it gives me any type of insight on who I should be as a person, but rather on who I don’t want to be, and why. 48 Laws of Power, and other ideas like it, teach you the business of manipulation. I don’t like that.

The fact is, people and their manipulation have done a lot of damage to the world, and yet you can see how humans need some type of manipulation to survive. Manipulation can be positive, as we learn when we use manners, etiquette and protocol. However, it is important to differentiate between manners to get along with people, and the Machiavellian strategies of a book like Propaganda by Edward Bernays. Manipulation to build trust is one thing, manipulation to destroy trust is something else indeed.

When I started over, one thing I was very clear on was that I wanted to be able to trust other people, and I wanted other people to be able to trust me. As I introduce my work, and navigate the treacherous world of ‘hey, I wrote something and I want to share it with you,’ I want to do it with integrity and authenticity. Because I’m not experienced with any of this, sometimes I might come off as clumsy, but I can promise that my intentions are pure, even if my execution is not.

I know I’m not telling you anything you don’t know about manipulation. Further, I suspect I’m not alone as a person in the science fiction community who is rather defensive about anything that sounds like people are trying to manipulate me. Figuring out how to be an authentic person, who tells stories because that’s his hearts desire, while navigating the world of storytelling and managing his illness … this is a complex equation that will take some time for me to figure out.

I just thought it would be important for you to hear this from me.

Life told me I was forty-years old by giving me a mallet finger deformity. Doesn’t look like much does it? I wish it felt that way – I jammed my middle finger and it stayed bent. The doctor says I tore the tendon in my last joint and that I was lucky. “If you waited a week to come in, it would have healed that way and you’d be stuck with it for life.”

So here’s me, feeling lucky.

It’s going to be tough to type without my EDC finger, but Mesh won’t write itself. I’m polishing and iterating as we speak – forty is the new thirty!

At least, I hope so.

On a personal note, experiencing some setbacks on therapy. Sometimes I think my epitaph is going to be ‘well, at least you tried.’ Depression and social anxiety are real issues – more than two hundred thousand cases are diagnosed in America every year. For some people, it’s manageable through therapy and medication and then for people like me, it can become the house you live in.

I try to have perspective about it. I was reading a story about a teacher with young boy for a student with brittle-bone disease. He was confined to a wheelchair and one day during recess, he told his teacher that ‘he just wanted to be a normal boy, to run and play like the other boys.‘ If that doesn’t break your heart, then you have no soul. So I’m not saying that my disorder is the worst thing in the world, I’m also not saying it’s nothing. One day I might be able to say that it’s behind me. Until then, I’m just trying to say ‘I have a condition, but my condition doesn’t have me.’ 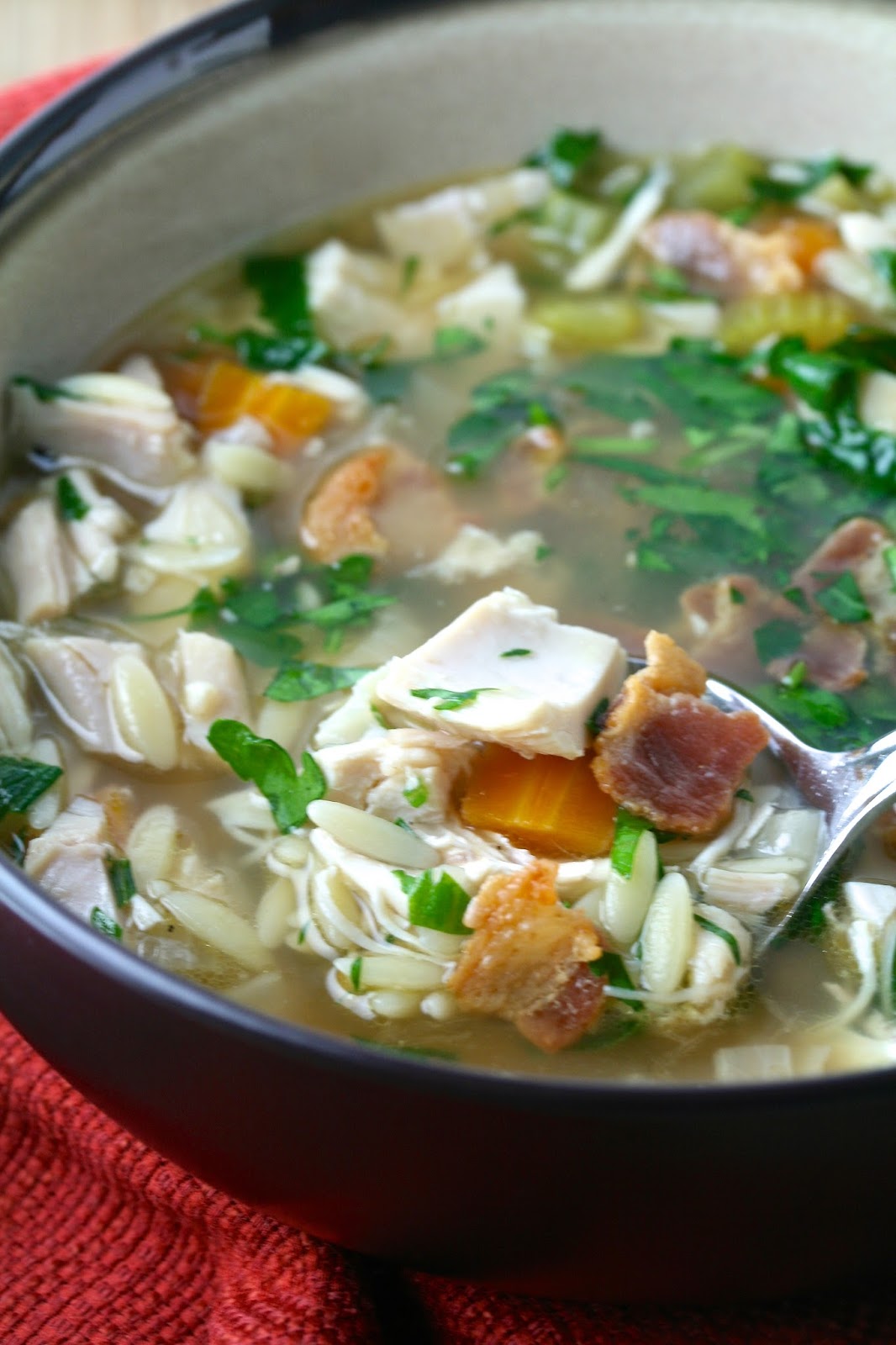 I was talking to a sick friend about chicken soup and his comment was:

I couldn’t let that slide, and inquired politely how many squirrels and raccoons he used in his Southern Chicken Soup. Before we devolved into the Nerd Blue Collar Comedy Tour, I offered him my Oregon Chicken Soup recipe. He loved it, and I’m passing it along for anyone else who wants to cook like a real Oregonian: