For this Sci-Friday, please enjooy one completely reimagined epic lightsaber battle between Obiwan and Darth Vader. Modern effects and cinematography were blended with the original film, taking that pivotal moment into another universe altogether. Have a look:

You know you’ve arrived when people love your work so much they have to participate in it. Regardless of the continuity errors, and dated special effects, we still love A New Hope. Have a great weekend.

Happy Sci-Friday and Happy May the Fourth! This is a quick post about Star Wars, since it’s definitely part of my life as a movie / scifi geek. Since May the Fourth is tomorrow, I thought I’d answer a question that’s been bugging me for almost forty years. How *did* they make the starlines, that is, the jump into hyperspace?

On the surface, the question and the answer might not matter to most. For me, that special effect in Star Wars remains iconic and intrinsic to what made the franchise so important. Everything felt real. Everything looked real. That’s the kind of storytelling I want to practice with my scifi. So let’s find the answer: Took a bit of Google-fu to find the answer, turns out that nobody directly answers the question, a la Quora or /r/askreddit. But there is an answer when you follow this link I found on Stackexchange.

A Fantasy Film Journal interview with John Dykstra in 1978 goes into a blow-by-blow discussion of the special effects in Star Wars: A New Hope, which also turns out to be the inception of VFX itself. Here’s Dykstra’s answer (found in the PDF on page 20, if you’re curious) in a nutshell:

FFJ: What about the jump into “hyperspace”?
JD: That’s streak photography. Basically it was real simple. That was one of the few shots that was done by hand, basically. You open the shutter and you move the camera forward, thereby streaking the stars on the film. Alright, each time you advance* it a little bit further, so that on the succeeding frame, the streak is a little longer. Eventually the streak extends all the way to the edge of the film. That’s done simply by taking the camera, opening the shutter and moving it In, closing the shutter, then stopping. Then backing It up, going to the next frame, moving a little bit further this time, and then stopping, backing it up… it’s very tedious, very time consuming and very simple. It wasn’t particularly innovative, but everybody likes it for some reason.

Wow, far out. What seemed like a difficult problem turns out to be a simple camera trick. As Dykstra points out, it’s not particularly innovative, but what is important is that people love it. So, as with Star Wars and/or any other part of science fiction, sometimes the simplest tricks really are the best.

Happy May the Fourth, and for the record: I still hate Jar-Jar. 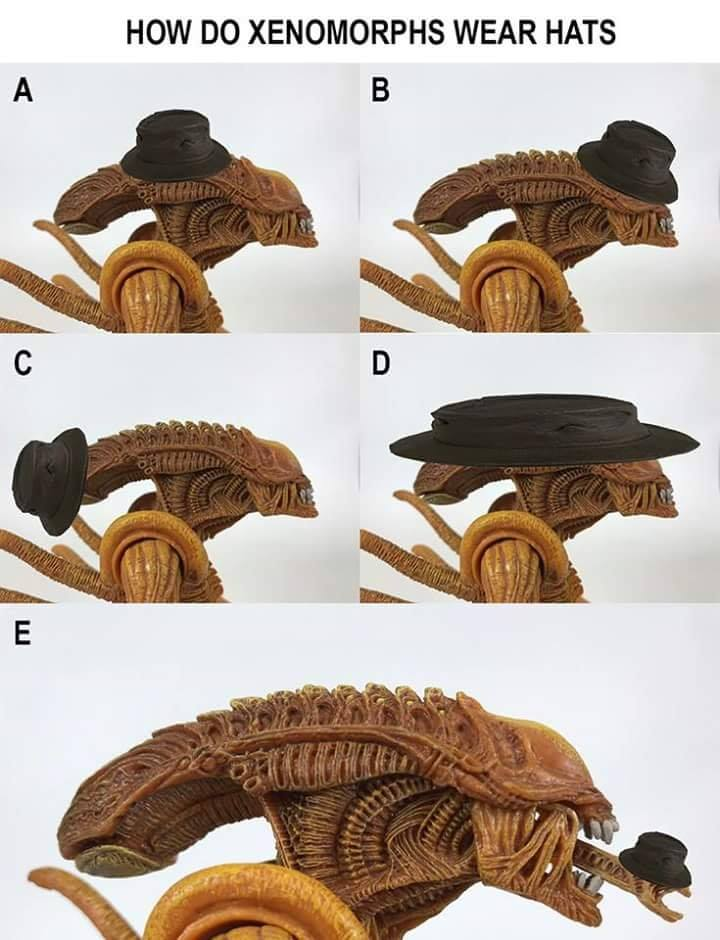 They get better as they go along … Happy Friday!

@AwfulFantasy is my new spirit animal …

I usually present these without comment but this one is different …

MASHUPS… Get Your Mashups here… Still only 25 cents.

As you’ll note, some of these cosplay are kinda ‘hrr?’, while others are ‘hnngg.’ I’ll let you decide what you like. Happy Friday!