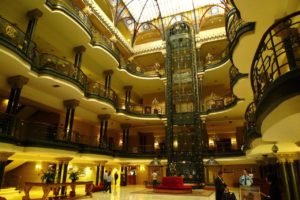 So if it isn’t clear by now, Inkican is a dedicated non-political space. It’s pretty simple why, I don’t know enough to articulate a solution and I don’t want to be another mouthbreather boring you with my opinions. Don’t ask me about it, because I don’t know. Even if I did know, I’m the last person you should get life advice from. This is our little zone of peace. The only thing I’ll say about current events is this: greed doesn’t work. Gordon Gecko said that greed is good in 1987, not so much in 2019. People are miserable, we’re sliding into a boring dystopia, it all comes down to a simple problem: exploitation vs. ethics. Me vs. We. We live in a society of ‘Me’s’ and it’s not working too well for us. The future is ethical, if we plan to survive the next hundred years.

Doc Brown, in Back to the Future III, said: “Your future is whatever you make of it!” He’s absolutely right, but the problem is that he assumed you weren’t a sociopath. We live in a different place now. Civilization is becoming more sociopathic and if we survive it at all, it’s because we’ve embraced some type of uniform ethical behavior. More on what that means below.

This isn’t a new idea, others have said the same thing. Since I’m not about giving my opinions, I’m just writing down what I think might happen if I think society goes one way or another. What if society started thinking about ethics, or ethical behavior, into its decisions? 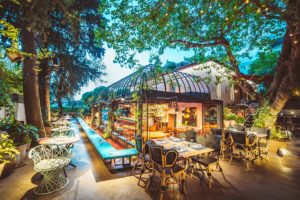 Ethics, as Wikipedia defines it, ‘is a branch of philosophy that involves systematizing, defending, and recommending concepts of right and wrong conduct.’ Those that have profited off the sociopathy aren’t going to give up without a fight, and that conflict is ultimately what Mesh is about. I’m not advocating a certain perspective, I’m just writing about what might happen if people made those types of choices in the future. It’s up to you to decide whether that’s a future you want to live in.

One thing is certain, a ‘Me’ society cannot last. It’s not a sustainable perspective. It might last for a small minority, but it won’t last for the majority and sooner or later our actions will catch up to us. Can’t buy your way out, can’t argue your way out, we all reap what we sew eventually whether it’s us or the people we leave behind.

So yeah, I’m not advocating for a specific position. Not equipped to. I’m saying all this as an objective observer of our time, extrapolating what it might mean if circumstances continue. Is it good? Is it bad? That’s up to you to decide. I see things in my head and I write them down, as much for me as it is for anyone else. We could also imagine a better place, if we want to. We can elaborate and explore value systems, transitioning to a world that respects diversity and is sensitive to culture. In fact, this choice is upon us whether we choose to see it or not. As this Huffpost essay points out: ‘those who come after us are also our fellow human beings. We must do to them as we would have wished that they would have done to us if it was they who had inhabited this planet before us.’ 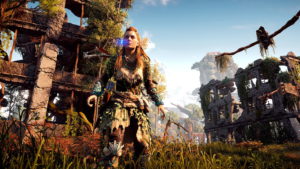 Or not. I’m not your Dad. We can fail to act, choose to ignore the problems staring us in the face, but we cannot avoid their consequences. If our philosophy is ‘me at any cost,’ well that’s been tried before. We’ve seen civilizations fall on that toxic perspective (Hello, Rome!). Maybe people want that, to be that failed civilization others wander through. Maybe they want to be the one that the villagers come for with torches and pitchforks. I mean, it doesn’t sound like something I want but you do you, homie.

Back to Mesh. You’ll see throughout the story that the kids are faced with that same choice. It’s a little less ambiguous in their case – Roman and the gang literally will have the choice to take over the world if they want to. But will they? Do they want Me or We? The book is about that choice, and everything that comes after. You’ll be able to figure out who’s who as the story goes on. One thing is for certain, the Mesh kids won’t escape their choices.