I was about three chapters into ‘Ready Player One’ when it hit me: Ernie Cline is the Dave Grohl of authors. As in, I love the guy, but I’m not a fan of his work. Logical dichotomies invited my geek-auteur brain to divide by zero. Thankfully, Reddit was there to help me out. I created a thread on /r/writing to talk about it. They helped me understand that bad writing doesn’t matter.

Before I say anything else, let me say this: I love Ernie Cline. Been a fan of his since 2002 or so, when I fell in love with his spoken-word performances about dorky topics. Cline has a brilliant knack for tapping into nerdly zeitgeist into a Robin Williams-style stream of consciousness. You can’t help but respect that.

It should be no surprise then, that I’m happy for him and the success of Ready Player One. Seriously, isn’t that every author’s dream? Your debut novel turns into a Spielberg project. Who wouldn’t love to trade places with Ernie Cline for a day, to experience that level of ‘you’ve arrived,’ in your life?

“But you said you didn’t like Ready Player One,” you might be saying. Yes, that’s true … but that’s not the point. As one Redditor put it: “as a writer myself I know how much easier it is to trash a book than to write one. Completing a novel is a huge accomplishment.” So make no mistake: this post isn’t about trashing Ready Player One (RPO). This is about what RPO’s success can teach us.

Lessons Learned from Ready Player One

How do I do that? Other authors are pulling this off; Ernie Cline would be one example, John Scalzi would be another. It makes sense to study their successes. What can we learn? What can we use? Here are three ideas that I pulled out: 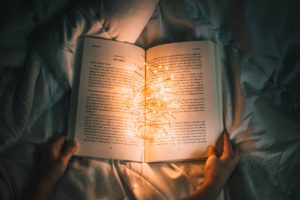 As saki1412 says: ‘I think the reason he got away with such lazy, mediocre writing is because the premise is strong and relatively unexplored in western entertainment. And the premise can actually make up for a lot of bad writing and flat characters as we saw with shades of grey.’

Premise trumps writing, or as LanguorLangue puts it:”Bestsellers in America are written for the average reading level or about 6th grade currently in this country. If you want a best-seller you are actually encouraged by the industry to write worse. Publishers turn down works all the time for being ‘too tough for today’s market.'”

As much as I would love to believe that the first thought out of my head is solid gold, we both know it isn’t true. Most technology is built with a build-test-build cycle, there’s no reason your stories can’t do the same. Create a story that your readers will LOVE. Not just like, not just tolerate … LOVE. We don’t have time for anything else. How do you make a story that readers love? Easy … 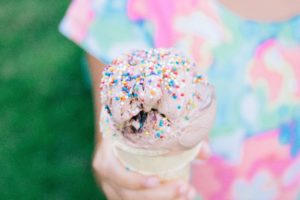 Show me the Ice Cream

Patton Oswalt has this hilarious bit in which he skewers the lack of storytelling in Star Wars Episodes 1-3. He screams at George Lucas: ‘I don’t care where the stuff I love comes from, I just love the stuff I love!’

We don’t want to watch you mix the elements together. We’re not here to read a J Peterman Catalog.  Think about the story. Think about the big ideas. Make it personal. Make it fun. Show me the ice cream.

Write What People Want to Read

Cline’s success makes so much more sense when you realize what RigasTelRuun did: ‘He was … very savvy on the pop cultural zeitgeist at the time and knew exactly what would appeal to nostalgia retro craze that was sweeping the land.’

What does that mean for authors and the writing craft? TNBIX explains: ‘you write for your audience, and the audience for YA doesn’t give a —- about how good the writing is if you provide quality escapism.’ So for us, the message is simple: Are we doing enough research about the type of stories people want to read?

This isn’t about selling out. This is about writing for your readers. After all, this is what it’s all about. Humanity. Connection. ‘Show me you that you understand my needs,’ our readers are screaming ‘and that you care about them.’ Cline showed that he did. Do we?

The Rules Are Dead 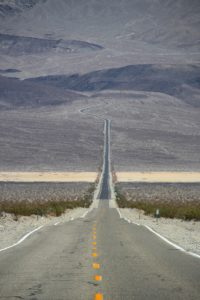 Like many other authors, I get feedback from Beta Readers saying ‘you need to do more show, than tell.’ I’ve banged my head against the wall trying to understand how to do this correctly, but then in RPO, you have an ENTIRE NOVEL violating this rule. What the heck??”

That’s when I posted the Reddit thread, and Onikame broke it down for me: “‘Show, don’t tell.’ is one of the most misunderstood ‘rules’ out there. Writing is telling. And it’s one of those rules that people interpret in the extreme; and believe that any exposition is bad writing, and/or that any and all qualities of a character need to be shown, and not told. ‘Show, don’t tell’ is the most common non-critical criticism I hear.”

You write for your audience, and your average YA reader is here to escape their troubles, or their reality, for a few hours. Nobody’s going over your work like an editor for the Utne Reader. KungFuHamster channeled ‘Pirates of the Caribbean to sew it together: “‘The Rules’ are more like what you’d call guidelines.”

So what to do with your Beta Reader feedback? Tons of feedback about writing style, craft, and execution. What do I do with that? I’ve been thinking about it for a while, and something occurred to me. See if this makes sense to you.

What these kind folks helped me understand is that when my Beta Readers are coming back with feedback like ‘Show vs. Tell,’ they’re really saying ‘I’m not connecting with the story enough, but I don’t know how to tell you that so let me focus on the mechanics of your writing, instead.’ Readers will forgive ANY amount of writing style errors, if they like the story enough.

Bringing it all together 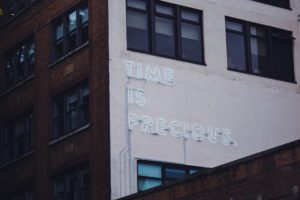 As you can see, this epiphany wasn’t the result of me waking up at three in the morning going “God, I’m a genius!” Sometimes all you can do is ask the right question. If you do, the universe answers. Whenever that happens to me, I try to write it down so that I can remember it, and also so that other people can benefit.

So if you’re going to remember anything, let it be this: The rules are dead. Write what people want to read because in the end, it’s the story, stupid.

Now, show me the ice cream.

I’d like to take this moment to express my appreciation for the Redditors who participated in the discussion and in PMs to me: