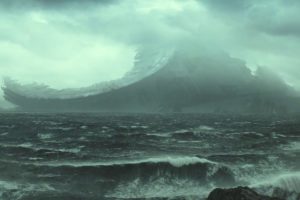 There were things I liked about The Rise of Skywalker, but this isn’t the place for a review of the movie. I washed my hands of Star Wars years ago, when I realized it was time to make other sci-fi universes. I still watch and enjoy the films when I want to, but after that, I’ve let them go. Further, toxic fans don’t listen to reason, so I don’t waste my time.

I will say that there were a ton of great scenes, a few clunkers, some laughs and a few ‘huhs?’ But, whatever. I liked it, I had fun. I had to suspend disbelief more than I wanted to, but … yeah. Anything else is just reviewing Star Wars, Speaker for the Dead style.

Now that Disney owns Star Wars, I’m excited to see what other films and stories they tell. Rogue One and the Mandalorian prove they know how to get it right when they want to, so I’m comfortable with the idea that Star Wars is dead, so long live Star Wars.

Let’s make it official, let’s give the old franchise a quick funeral. Then we can begin telling new stories if that universe is the one we want to explore. I came up with a small epitaph if you need one:

Here Lies the Body of the Star Wars Franchise

So there we have it – a quick epitaph for Star Wars. Now it’s time to get to the business of making another universe to explore. Mesh is my first attempt to show that I can make those universes, and I have many more in store.