Just in time for the end of the year, a new free wallpaper for Mesh.  I do concept art digital paintings of my stories – helps me inform my writing. For this piece, I wanted to try something different and focus on the characters of Mesh themselves. 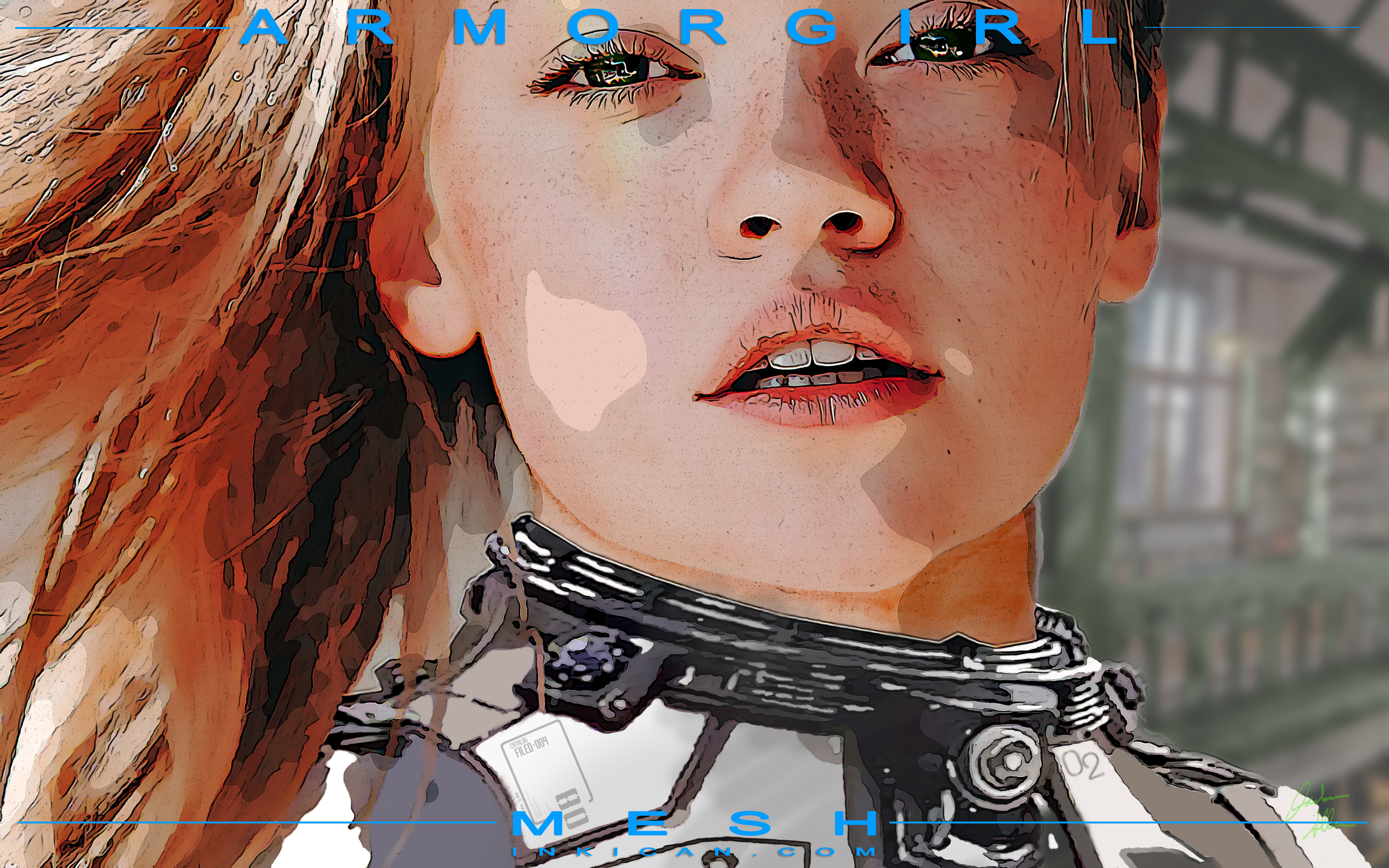 So let’s do that. Tina is one of the ‘Snow Foxes,’ an elite group of techno-geeks that dominate the school and virtual reality. Let’s be clear: She isn’t a ‘damsel in distress,’ or ‘born sexy yesterday.’ I hate tropes that perpetuate mean-spirited stereotypes, so Mesh leaves them by the side of the road where they belong.

Tina isn’t perfect. She on the austistic spectrum. She’s also brilliant, athletic, witty, and brave. She’s a teenage girl who codes, plays basketball and practices jujitsu. She isn’t there to talk about the boys, or be talked about them. She’s there to be herself, like every person should be free to be.

Inside the Station, the massive VR system that contains our fearless geeky kids, you’re allowed to create your own sprites. Tina decided to transform herself into an anime princess as you’ll learn in Mesh:

“She looked up at two sprites that had just come through abusy communicating arch. “Watch it. Incoming nerds.”
“Huh?”
“Kids from the other team,” Tina said, morphing into a taller version of herself, now with red hair instead of blonde, and green eyes instead of blue. Her t-shirt melted into modular white plates, forming armor that belonged in some anime show. In the blink of an eye, she transformed herself into a warrior princess, ready for battle. “For these kids, you want to have your war face on.”

“I think I just fell in love with you,” Zeke mumbled.

“You’re cool, my sweet summer child.” Tina’s smile was somewhere between amused and flattered. Then she turned back to the approaching sprites. “Just remember that we’re friends. That’s all we’re ever going to be.”

Zeke nodded, swallowing so hard that his Adam’s apple bobbed like a yo-yo.

With that scene in mind, I started working with Photoshop. I started with a free open-source picture from Unsplash and with the help of some visual references and my trusty digital tablet, put the wallpaper above together to give away for free.

Love it, hate it, it’s still worth it to me. Making one thing in one way helps me make something else in another way. I hope you enjoy ‘Armorgirl,’ and the other free wallpapers I have to share.